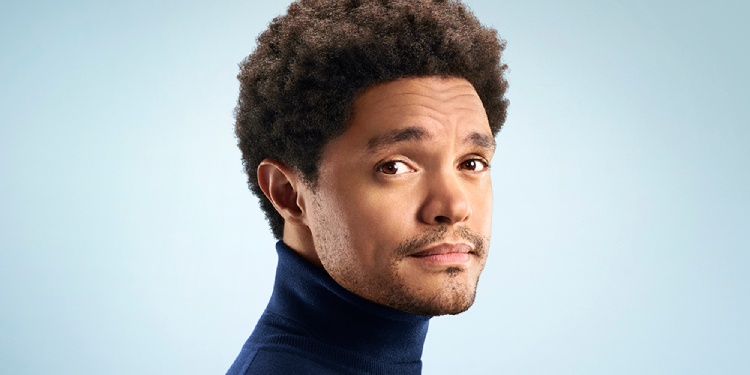 Trevor Noah is a South African actor and comedian. He is also a political commentator and host by profession. He is well-known for his work as the host of the talk show ‘The Daily Show with Trevor Noah.’ He won the Grammy Award for hosting this show, and people loved the show a lot. Moreover, he also landed a remarkable role as the voice actor of Griot in the superhero movie ‘Black Panther.’ Please stick with us to know more about his early life, family, and siblings in detail.

Born and raised in Johannesburg, he descends from a mixed ethnicity. His father descends from Swiss-German ancestry, while his mother descends from Xhosa ancestry. He was born during the apartheid era on 20 February 1984, and such an interracial relation was illegal under the legislation. Because of this reason, he grew up with his mother and grandmother in Soweta, Gauteng. His mother later remarried his stepfather, and his name is Ngisaveni Abel Shingange.

Through his mother’s second marriage, he has two half-siblings, and their names are Andrew Shingange and Isaac Shingange. However, his stepfather was really abusive towards him and his mother. This resulted in their divorce in the year 1996. However, she went on to marry again, and this time, she married Sfiso Khoza. Unfortunately, the abuse did not end even after their divorce, as Ngisaveni hunted her down and shot her through her head. Luckily, she was able to survive the bullet as it missed all her major organs.

Trevor was unable to keep silent after the attempted murder of his mother. When he went to confront his stepfather, he threatened to end his life along with his mother’s. This made him realize how much people were unaware of domestic violence. So, he decided to raised awareness regarding domestic violence and made people aware of raising their voices. He even wrote a book in which he has mentioned all the horrific abuses he had to experience as a child. In an interview, he mentioned that he was unable to stop his tears while writing his book.

According to online sources, Noah maintains a healthy relationship with all his siblings. He even invited them during the shooting of ‘Black Panther.’