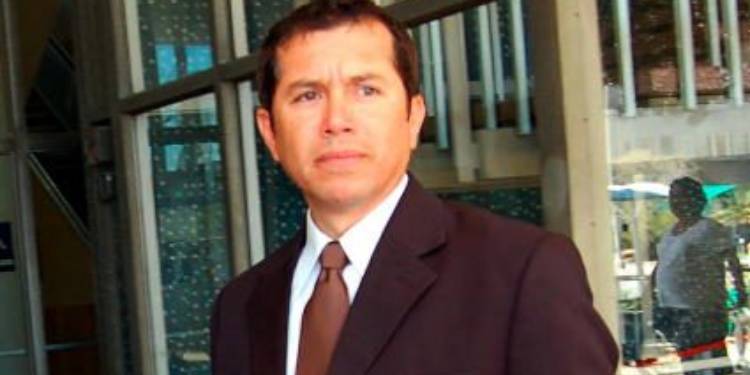 Trino Marin’s actual name is Jose Marn. He is well-recognized in the entertainment industry as the ex-husband of Jenni Rivera or Dolores Saavedra. He is currently serving his time in prison for a crime he committed on his wife, children, and sister-in-law. Please stick with us to find out more about the details of his family.

Born on 15 February 1964, Trino Marin’s parents raised him in the beautiful city of California. However, there is very little information about his parents. This includes their identity information. Apart from this, online sources claim that he grew up alongside a sibling, but his sibling’s information is also currently a mystery.

Moving further down the road of Trino Marin’s life, he fell in love with Dolores Saavedra when they were high school students. They began dating, and by the time they completed their high schooling education, she was already pregnant with their first child. It was the year 1985, and she was just 15 years old.

Trino and Jenni’s firstborn was Chiquis Rivera. Four years later, in 1989, they welcomed a second daughter, and her name is Jacqie Campos. Finally, after being the parents of two children, they welcomed the third and youngest member of their family. His name is Michael Marin, and he was born on 11 September 1991.

You might want to check out what happened to Tom Selleck’s ex-wife.

As of now, all three of Trino’s children have established themselves in their respective careers. His eldest daughter is a singer. Moreover, his youngest daughter and son began their career in the television and movie industries.

Trino Marino is currently serving a 31-year sentence in prison. Things began falling apart in his life when he started being abusive towards his wife.

Not only was he violent, but he also sexually abused his sister-in-law, Rosie, as well as two of his children. All of his crimes came to light in the year 1997 when Rosie exposed his dirty deeds in front of the public.

This led to his wife filing a lawsuit against him, and the court summoned him. However, he decided to flee and not appear on the date. The court then branded him as a fugitive and pressed further charges. He changed his name and decided to start a new life in Riverside County but was unsuccessful.

You might want to check out the details regarding Juan Rivera’s wife.

In 2006, the court found him guilty of sexual assault and sentenced him to 31 years in prison. However, despite his heinous crimes, his eldest daughter Chiquis forgave him for what he did. She says that he is still her father. Furthermore, she has also talked about wanting to give her father a second chance in life.