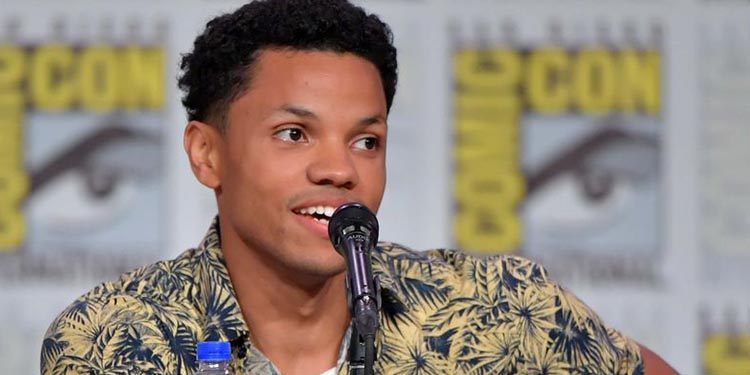 Tunji Kasim is a Scottish actor who is well-known for the portrayal of the role of Joe Bailey for 6 episodes of the 2007 television drama miniseries, ‘Nearly Famous’. Another one of his most notable roles came in the year 2019 to the current date where he has portrayed the role of Ned ‘Nick’ Nickerson for 27 episodes of the American supernatural mystery drama television series, ‘Nancy Drew’. He has also appeared as Hugo Scott for two episodes of the Scottish crime drama television series, ‘Shetland’. Besides his professional acting career, he can also be seen as Dumaine and Count Claudio in the theater productions, ‘Love’s Labor’s Lost’ and ‘Love’s Labor’s Lost’ both in the year 2015.

Tunji Kasim’s full name is Adetunji ‘Tunji’ Kasim. He was born somewhen in the year 1987 as he has not yet revealed his exact date of birth to parents whose identity has also not been disclosed by the actor. Likewise, there is no information available regarding his family background and sibling details at the moment. However, it is known that he was born in Aberdeen, Scotland, and raised in Nigeria. Since his exact date of birth is unknown, we cannot determine his exact age and zodiac sign but it is assumed that he is either 33 or 34 years as of now.

Tunji Kasim holds a Scottish nationality and descends from Scottish and Nigerian ancestry. Unfortunately, there is no information available regarding his religious views and religious practices at the moment. Likewise, there is no information available regarding his exact height and weight at the moment. Besides this, he has a slim body physique with a pair of dark brown colored eyes and black colored hair.

He appeared as Private Smith in the biographical comedy-drama movie, ‘Florence Foster Jenkins’, and in the year 2018, he appeared as Octavius Caesar in the historical drama play, ‘National Theater Live: Antony and Cleopatra’. Likewise, in the year 2019, he appeared as Zack Aspin for an episode of the romantic comedy-drama television series, ‘Cold Feet’, as Sergeant Wallace in the biographical drama action movie, ‘The Kill Team’ and as Michael in the crime drama mystery movie, ‘The Good Liar’.

His most recent work came in the year 2020 when he played the role of lighting tech for an episode of the comedy science fiction television series, ‘Avenue 5’ ( Starring Hugh Laurie, Lenora Crichlow, Zach Woods, Josh Gad, Armando Iannucci, Himesh Patel, Suzy Nakamura ), the role of Eric in the drama play, ‘National Theatre Live: Les Blancs’ and the role of Ned ‘Nick’ Nickerson for 27 episodes of the drama fantasy horror television series, ‘Nancy Drew’.

Tunji Kasim is currently single and not involved in a relationship with anyone at the moment. Besides this, there have also been no rumors and gossips regarding his past love life and relationship details so it is assumed that he has remained single all his life. Likewise, it is also assumed that he has not been married yet nor has he had any children yet.

What is Tunji Kasim’s Net Worth?

Kasim earns mostly from his professional acting career and as of the year 2021, he has an estimated net worth of $1 million.