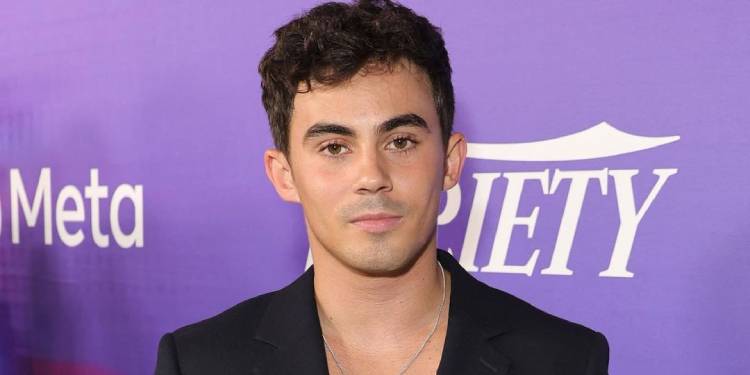 Tyler Alvarez is an American actor. He rose to prominence after securing the role of Diego Rueda in the telenovela-formatted teen sitcom Every Witch Way. In addition, the audience has also witnessed his impressive acting in series like American Vandal and Orange is the New Black. However, he recently landed in the limelight after being a cast member of the trending Netflix series Never Have I Ever. Tyler is responsible for portraying the recurring role of Malcolm Stone in the series. So, please stick with us to learn more about the young and talented actor and his journey to stardom.

Tyler Alvarez gave his debut performance as an actor in 2012. The first role of his professional career was that of Adam for an episode of the television miniseries Jest Originals. Following this, he secured two different roles in 2013 and contributed his talent to two different shows, including The House That Jack Built and Brothers in Arms. The breakthrough moment of Tyler’s professional acting career came when he secured the role of Diego Rueda in the 2014 television movie Every Witch Way: Spellbound. Little did he know that this role would become the first recurring role of his acting career.

Tyler portrayed Diego Rueda for an episode of Talia in the Kitchen in 2015. Furthermore, he also played this role for 85 episodes of the comedy, drama, and family television series Every Witch Way. His popularity as an actor started reaching more and more people, and he became a cast member in shows like High School Lover and Fresh Off the Boat. Moreover, another one of his most remarkable works came in 2017 when he played the role of Peter Maldonado for sixteen episodes of American Vandal.

Furthermore, Tyler is also responsible for portraying Juan Diego for three episodes of the 2019 television series Veronica Mars. Success did not stop there for the young actor as he also played Benny Mendoza for six episodes of the crime, comedy, and drama television series Orange is the New Black. Moreover, Tyler has also worked in three different upcoming shows. He will portray Carlos for ten episodes of Blockbuster. Likewise, he will also appear as Jim Vega in Sid is Dead and Blake in Pools. All three shows are currently under post-production and will probably start airing by 2023.

Tyler Alvarez Never Have I Ever

Tyler and his acting skills stole the limelight recently when he secured the recurring role of Malcolm Stone. He portrayed this character for five episodes of the comedy and drama series Never Have I Ever. His first appearance as the series character came in 2021 through the episode …thrown a rager. His last appearance came through the episode …stalked my own mother. The series features a complicated modern life of an Indian-American teenager. Mindy Kaling is one of the creators alongside Lang Fisher, and she has based most of the series events on her past experiences.

Another one of Alvarez’s remarkable roles came when he portrayed Declan Rivers in the romantic drama television series The Fosters. It features performers like Teri Polo and Sherri Saum playing the main roles of Stef Adams Foster and Lena Adams Foster, respectively. Tyler had a recurring role in the series and appeared for five episodes in 2018.

Many people have wondered about Tyler’s sexual orientation and his sexual preferences. Many people also believed he was gay, but no one could confirm this. However, he cleared everyone’s confusion on 11 June 2021 by opening up about his sexuality and claiming that he was gay through social media platforms. He tweeted, “Happy pride to my fellow homosexuals” through his official Twitter account.

Tyler Alvarez stands at the height of 5 feet and 8 inches (1.73m/173cm) tall, and he weighs around 65kg (143lbs). Furthermore, he has a well-maintained and mesomorphic physique with a 29-inch waist. In addition, his eyes are brown in color, and he has short dark brown hair color.

Tyler Alvarez is currently 24 years old, as he was born in 1997. Furthermore, Tyler celebrates his birthday every year on 25 October, and his zodiac sign is Scorpio. His full name is Tyler Sage Alvarez, and he was born in New York City, the United States of America. Thus, he holds American nationality. He descends from Cuban and Puerto Rican ancestry through his parents. While he has not revealed their names, we know that his father is a DEA agent and his mother is a nurse administrator.

Tyler had a terrible childhood as his parents separated when he was young. To make matters worse, he lost his biological sibling Niko Alvarez in October 2018. Talking about his other siblings, he has two half-siblings from his father’s second marriage, and their names are Alex and Brianna. Likewise, he has one half-sibling from his mother’s second marriage, Sofia. Alvarez’s parents educated him at the New York City-based Fiorello H. LaGuardia High School. Tyler studied at the Jericho High School in New York for higher education.

What is Tyler Alvarez Net Worth?

Tyler makes his fortune by working as an actor. Although he is still a rookie in the business, he has a long way to go and is already stealing the limelight. He works tirelessly to improve his acting skills and impress the audience with his performance. Furthermore, he is also an active user of social media platforms. His activity on social media platforms also yields decent earnings for Tyler. According to online sources, Tyler’s estimated net worth is around $800,000.