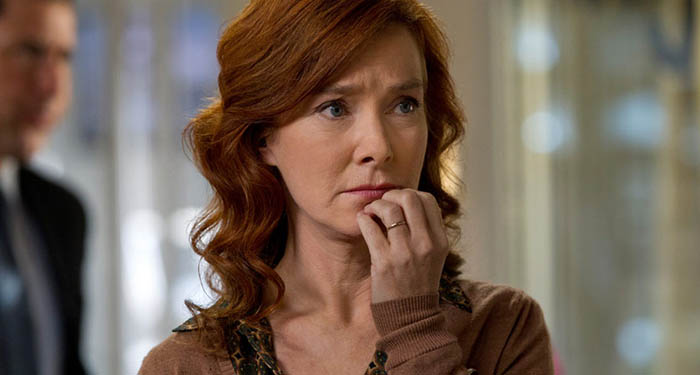 Valerie Mahaffey is an American character actress and a producer who is well-known for portraying the role of Ashely Bennett in the American daytime soap opera television series ‘The Doctors’. For this role’s portrayal, she was nominated by the Daytime Emmy awards in the year 1980 in the Outstanding Performance by an Actress category. Another one of her most notable roles came in the year 1991 to 1994 when she played the role of Eve for five episodes of the American Northern comedy-drama television series, ‘Northern Exposure,’ for which she was awarded a Primetime Emmy award in the year 1992.

Likewise, she has also portrayed Madame Reynaud’s role in the 2020 surreal comedy movie, ‘French Exit,’ for which she won an Independent Spirit Award nomination for the Best Supporting Female Actress.

Valerie Mahaffey was born on 16 June 1953 in Sumatra, Indonesia, to a mother whose name is Jean Mahaffey and a father whose name is Lewis Mahaffey. Her parents belonged to Canadian and Texan ancestry, respectively. When she was in her teenage years, the family moved from Indonesia to Houston, Texas, where she was raised for the rest of her years. Besides this, she is currently 67 years old with the zodiac sign of Gemini.

Valerie Mahaffey stands at the height of 5 feet and 6 inches (1.68m/168cms) tall and weighs around 58kgs (127lbs). Moreover, she has a slim body figure with a body measurement of 34-26-34 inches, respectively. In addition to this, she boasts a pair of beautiful brown colored eyes with black, brown colored hair. Mahaffey holds an American as well as an Indonesian nationality and descends from Canadian and Texan ancestry. Unfortunately, there is no factual information available regarding the actress’s religious views and religious background. Besides this,

Valerie Mahaffey gave her debut performance as a professional actress in 1977 when she took the role of Alexandra and Sarah in the television movie ‘Tell Me My Name. Following this role, the breakthrough moment of her career came in 1979 when she was cast for the role of Ashley Bennett for the role of the American daytime soap opera television series, ‘The Doctors’.

She has also had numerous recurring roles in her career, which include series like the 1992 series, ‘The Powers That Be, ‘Northern Exposure’ in the year 1991, ‘Women of the House’ in the year 1995, ‘The Client’ in the year 1995,’ Desperate Housewives’ in the year 2006, ‘Devious Maids’ in 2013, ‘Young Sheldon’ ( Starring Ian Armitage, Montana Jordan, Raegan Revord, Zoe Perry, Lance Barber, Annie Potts, Chuck Lorre)
in 2017 and ‘Dead to Me’ ( Starring Christina Applegate, Linda Cardellini, Natalie Morales, Sam McCarthy, Sadie Stankey, Max Jenkins )in 2019. Her most recent work came in the year 2020 when she portrayed Madame Reynaud’s role in the surreal comedy movie ‘French Exit.’

Valerie Mahaffey won a Primetime Emmy Award for the Outstanding Supporting Actress in a Drama Series in 1992 for her work in ‘Northern Exposure.’

Valerie Mahaffey is married to her husband, whose name is Joseph Kell. Kell is an actor by profession and belongs to Canada. The couple has been blessed with a daughter, but the couple has not yet shared the daughter’s name with the public.

What is Valerie Mahaffey’s Net Worth?

Valerie Mahaffey earns mainly from her professional acting career, and as of the year 2020, she has an estimated net worth of around $1 million