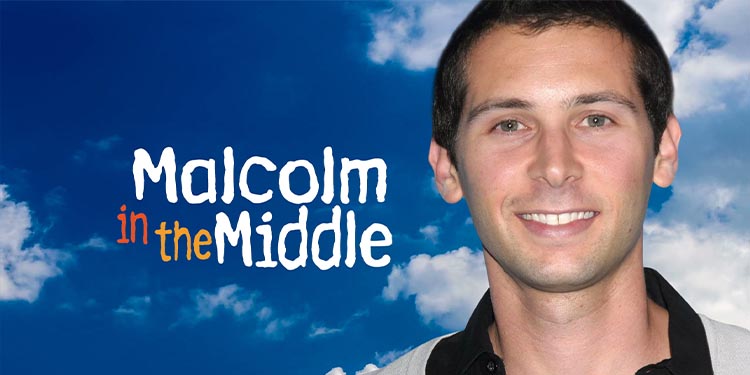 What happened to Justin Berfield?

Justin Berfield is also one of the highly searched actors. Justin has stayed in the heart of people as Reese from “Malcolm in the Middle.” Justin succeeded in winning the heart of the audience through the supporting character.

Justin grew up both as an actor and a teenager with the series. He was only fourteen years old when the series hit for the first time on screen. Even the character of Reese seemed natural whenever Justin hit the screen.

Life of Justin Berfield after “Malcolm in the Middle”

Justin Berfield was 21 years old after he completed his journey in the series. The immediate achievement that was seen in their life of Justin was his purchase of a popular house. The house became popular when it was used for shooting for the reality show titling “Newly Weds.”

Nickey Lachey and Jessica Simpson were part of the series during that time. The location of the house is Calabasas, California. The price of the house was $3.75 million at that time, as per IMDb. But his representative remained silent on the deal and didn’t reveal the actual price. This shows that his life has taken a good inclination.

Justin has even shared in an interview that he is fond of the peace and secureness in Calabasa. The chill air helps him reduce all the stress levels that he faces during the hectic schedule of shooting.

Post-“Malcolm in the Middle” projects

Justin Berfield has not appeared in a major role after “Malcolm in the Middle.” He has been part of the movie industry since the age of five. Justin seems to have known his life’s true purpose and goals after spending so much time in the limelight. That’s why after reaching the age of twenty-one years of old, he reduced his screen presence.

Justin started being part of the movie fraternity by handling the production. Justin produced the movie “Romance and Cigarettes” in 2006. The movie was not a huge success but received mixed reviews.

Justin Berfield was also the co-producer of the movie “Blonde Ambition” in 2007. It was a romantic-comedy movie. The story of the movie revolves around the experience of a girl shifting to New York from small-town. Jessica Simpson, Luke Wilson, Larry Miller, Andy Dick, and Penelope Ann Miller were some of the actors in the movie.

Although the movie failed to create magic at the box office, it succeeded in doing well on the DVD. The movie hardly made around 250K dollars in a whole theatre release. But, fortunately, the tables got turned after the DVD was released. It succeeded in gaining $2.7 million. It was the collection of the first five days after the release of The DVD.

The DVD ranked #23 on the “DVD Sales Chart.” As per Wikipedia, the gross collection must be due to the huge fan following of Jessica Simpson during that time. The DVD sales succeeded in collecting a gross amount of $11.56 million in the U.S.

Justin also appeared as a producer of the RV movie “The Pet detective” in 2007. He portrayed the small role of Barry in the movie “Sons of Tucson” in 2010. He was also the producer of the series. Justin also produced the TV movie “Virgin Produced: Comedy Vault” in 2012.

The answer to the question is similar to whether there are aliens on Mars or not. Justin Berfield has kept his personal life to himself. There is no news or rumors regarding his marriage or having a girlfriend. He even has not talked about his relationship.

But as he is a father of a daughter, he must have either a girlfriend or a wife. Justin has not shared a picture along with his wife till today. It seems like he does not want any negative shadow to hover around his life partner and child.

What You Need to Know About Jayson Tatum’s Wife.

The public appearance of Justin had decreased after his fewer acting projects. He started to gain momentum after he joined Instagram on 9th November 2017. But instead of posting his picture and saying hi to the people, he chose to share snow footprints.

Justin Berfield seemed to be fulfilling his passion for traveling and fishing after his less involvement in the acting scenario. His last fishing photo is from 14th July 2019.

Likewise, Justin became a father during the time of the pandemic. He revealed about becoming the father on Instagram on 14th May 2020. But he has not revealed the face of his baby girl.

Justin celebrated the one year of her daughter’s birthday on 13th April 2021. He has edited the photo of her daughter with a smiley emoji. It seems like he wants to keep his daughter far away from the limelight until and unless she understands the meaning of it.

Similarly, he seems to let her enjoy a normal childhood than being part of the spotlight as a celebrity kid. He has introduced himself on Instagram as a “Dad” then an “Actor.” This signifies his happiness of being a father is far than being an actor for Justin.

Justin Berfield keeps updating his Instagram on time and again. He goes with the name of “@justinberfield” on Instagram along with 175K followers. The account is verified.

However, Justin still seems to be enjoying his life in his own solitude with his family and friends. There are no rumors and news regarding upcoming projects, Justin. But no matter what new happens in his life of Justin will update him.