Skip to content
Home » Gossip » What is Vanna White’s Net Worth?

What is Vanna White’s Net Worth? 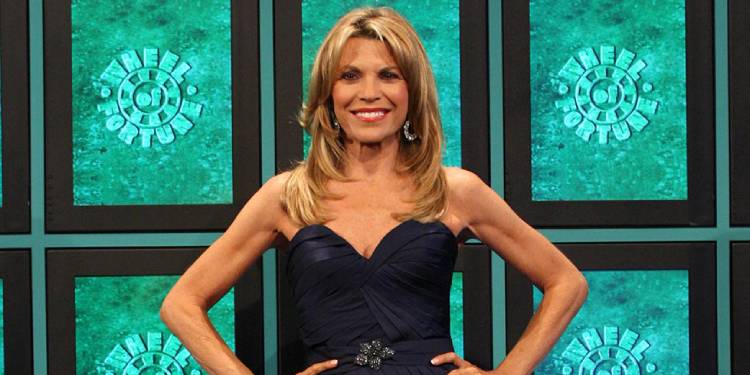 Vanna White’s full name is Vanna Marie White. She is a television personality as well as an actress from South Carolina, the United States of America. She was born on 18 February 1957 and is currently 64 years old. She is well-known in the entertainment industry for hosting the American television game show ‘Wheel of Fortune.’ She joined the show in the year 1982 after the show’s previous hostess Susan Stafford left the show. Vanna signed a contract with the show till the year 2022.

In addition to her career as a hostess, Vanna White has also worked as a model after graduating from the Atlanta School of Fashion and Design. Moreover, she is also an actress. She has appeared on numerous television series like ‘Fresh Off the Boat,’ ‘Just Shoot Me!’ and ‘Santa Barbara,’ just to mention a few. Furthermore, she has also helped in the production of a lot of short videos like ‘Low Country,’ ‘Black Dispatch,’ and ‘Crab Trap.’ Likewise, she is also a recipient of the 2006 Walk of Fame award.

An interesting event took place in Vanna White’s life on 24 May 2013. The Guinness World Records awarded her with a certificate for the most frequent claps. In the 30 seasons of hosting the show, she clapped over 3.480.864 times. This gives us an average of 606 claps per episode of the show.

Vanna has married twice in her life. Her first marriage took place in the year 1990 with her first husband, and his name is George Santo Pietro. The couple was expecting their first kid in 1992. Unfortunately, she had a miscarriage, and their first child could not make it. However, they later went on to welcome a son Nicholas in 1994 and a daughter Giovanna in 1997. Sadly, the couple parted ways in 2002.

White’s second marriage took place in the year 2012. She married a contractor John Donaldson, and their first meeting took place through a mutual friend. They have been together ever since.

Talking about White’s career earnings and net worth, she is living a luxurious and lavish life. She managed to make such a handsome amount of fortune through her successful career as a hostess and an actress. As of the year 2021, she has an estimated net worth of around $70 million, according to various online sources.

White has also been able to win numerous lawsuits in her career. For example, she filed a case against Playboy in 1987 for releasing her pictures without her consent. This resulted in Playboy paying her a total of $5.2 million as compensation. Likewise, she also filed another lawsuit against Samsung Electronics when they decided to use her likeness without her permission. Again, this resulted in the company paying her $403,000 as compensation.

Moreover, Vanna White also managed to make around $19 million by selling her luxury house located in Beverly Hills. The house was originally for sale at a price of $38 million, but she sold it for $19 million.