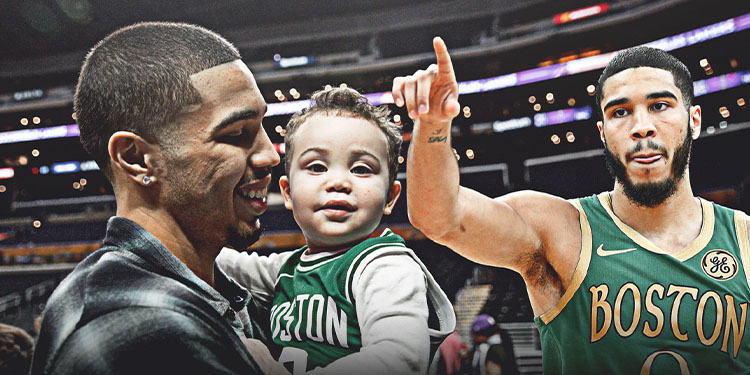 Jayson Tatum is a recipient of numerous honors and awards and is a reputed basketball player. With this tremendous amount of success and fame, people are very much interested in knowing not just the professional life of the athlete but also his personal and love life. So please stick with us to know more about the player and his love life.

Who is Jayson Tatum Married to?

Jayson Tatum is currently is not married to anyone but he has dated a lot of women for some time.

Jayson was previously in a relationship with his ex-girlfriend Samantha Amos. She is a professional volleyball player by profession. The two of them met back in the year 2017. They shared a special love with each other. Unfortunately, the couple separated after dating for some time. Things went from bad to worse for the couple, and she also bashed him on social media for their split. She also stated through a post that he played her.

Moreover, she also mentioned that he did not appreciate what she did for him. She said that he had many flaws, but she tagged along through his thicks and thins. She also stated that she could easily replace him, but it will be hard for him to find her replacement. She ended the post by wishing him luck and saying that he played himself.

The main reason for their separation was the birth of Tatum’s son to a woman named Toriah Lachell. Rumors say that the two of them met back in the year 2014 and dated till 2017. This affair created problems between Jayson and Samantha and she bashed him for cheating on her. Their relationship is complex and they haven’t shared the details regarding what exactly went down between the couple.

Jayson Tatum is currently in a relationship with his girlfriend, and her name is Ella Mai. They met back in the year 2019 and have been together ever since. Ella is a British singer by profession. She is well-known for her song, ‘Boo’d Up.’ As of now, the couple has been together for over 2 years and 5 months.

Does Jayson Tatum Have Kids?

Jayson has a son with his ex-girlfriend Toriah Lachell, and his name is Jayson Christopher Tatum Junior. He was born in the year 2017. Although Jason and Toriah are no longer together, he shares a close and precious relationship with his baby boy.