Skip to content
Home » Gossip » Who is Lando Norris’ Girlfriend?

Who is Lando Norris’ Girlfriend? 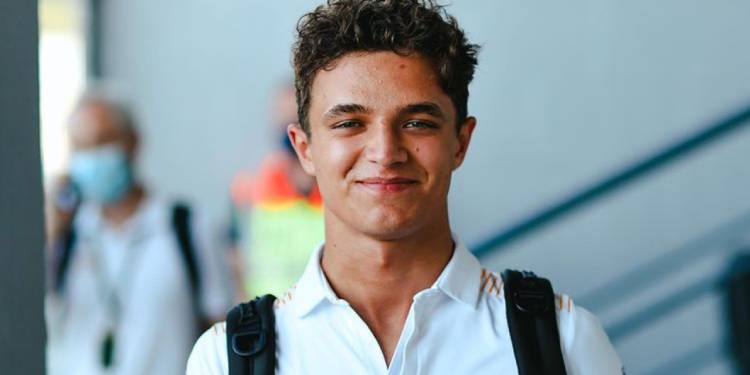 Lando Norris is a very famous British-Belgian racecar driver. He is currently racing in the highest class of international auto racing, Formula One. He is currently associated with McLaren Racing Limited. He drives car number 4 and has a total of 278 career points. His first professional debut in the Formula One category was back in the Australian Grand Prix of 2019. Since then, he has managed to make 52 starts in the sport. He is also a winner of numerous championship titles, including the FIA F3 European Championship, Eurocup Formula Renault 2.0, and Formula Renault 2.0 NEC.

Though he competes in the four-wheel category, he looks up to the Italian professional motorcycle racer Valentino Rossi as his inspiration. Lando Norris is one of the successful personalities in the sport. But, while people know a lot about his relationship with his Formula One car, they are curious to know about his romantic relationships. So, please stick with us to learn more about Lando’s love life and the personal side of his life.

Lando Norris has not talked about the love of his life at the moment. We are also unable to find anything through his social media platforms. However, he likes posting his pictures or pictures of his career-related stuff on social sites. According to The Pink Podcast, he agreed that he often enjoys spending alone time just doing what he loves. Furthermore, he also stated that his biggest nightmare is socializing with people during dinners. In addition to this, he also admitted that being antisocial was his thing.

This leads to the conclusion that Lando is most probably single and not in a romantic relationship with anyone at the moment. Moreover, he seems to be focusing and enjoying his racing career. He likes posting a lot about his races and his on-track and off-track moments.

You might want to check out Niki Lauda’s Ex-Wife, Marlene Knaus.

Lando Norris Once Joked About Being “Heartbroken”

During the Styrian Grand Prix of 2020, Lando mentioned that he was a broken-hearted man. Fans began wondering that his secret girlfriend must have broken his heart, but he shocked his fans when he opened up with the truth in the Hungarian Grand Prix‘s press conference. The real for his heartbreak was because as soon as he got into his car for a practice run, he felt sudden chest pain. This gave him the sensation of heartbreak. However, he was able to make some impressive lap times some days later. Later, he revealed that it was because of getting back into the car after so long.