Skip to content
Home » Gossip » Who is Tobin Heath’s Partner? 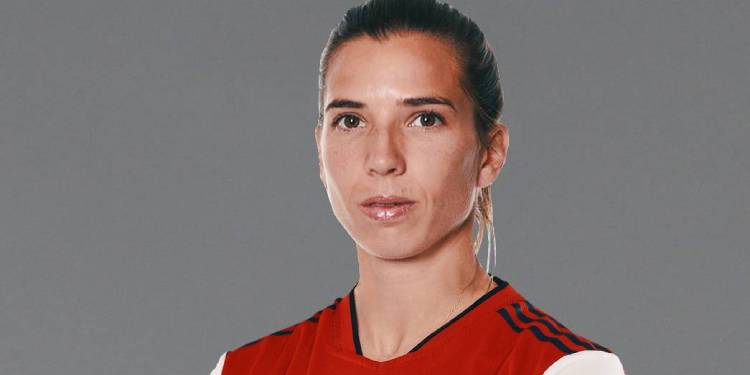 Tobin Heath’s full name is Tobin Powell Heath. She is an American professional soccer player by profession. She gave her first professional debut as a soccer player in the year 2004. She played for the American women’s soccer team, the New Jersey Wildcats for two years and made seven appearances on the field. Since then, she has played with numerous women’s soccer teams like Sky Blue FC, New York Fury, and Paris Saint-Germain. She recently transferred from the Manchester United Women’s Football Club to Arsenal Women’s Football Club for the 2021 season.

Tobin Heath’s career actually began during her college years. She played for the University of North Carolina’s women’s football team, the North Carolina Tar Heels. During her time at collegiate level football, she made a total of 93 appearances and scored 19 goals to her name. Back to her professional career, she wears jersey number 77 and plays as a winger as well as a forward. She has also represented the national women’s football team of the United States of America 177 times. In addition to this, she has scored 35 international goals.

Born on 29 May 1988 and raised in Morristown, New Jersey, the United States of America, this 33-year-old soccer player has also won numerous honors. She has won two FIFA Women’s World Cup titles, two Olympic gold medals alongside one bronze, and one silver medal in the Pan American Games.

Tobin Heath is one of the most famous female footballers in today’s modern football era. However, people have wondered who the athlete is dating and who her love interest is. So, please stick with us to know more about the personal side of her life and her relationship history.

You might want to check out Alana Martina Dos Santos Aveiro.

While a lot of reliable information is available regarding Tobin Heath’s professional life, the exact opposite is available regarding her personal life. Many rumors and speculations exist about her dating her teammate, Christen Annemarie Press. The two of them played alongside each other during Heath’s time with Manchester United. Prior to this, they also played as teammates during their time at Pali Blues back in 2009. They became so popular among the fans that they began calling the pair “Breath.” In order to excite the fans, even more, their chemistry is not only great on the field but also off the field. They posted pictures from their vacation and have also decorated a Christmas Tree together.

According to online sources, Tobin Heath and Christen Press joined Manchester United at the same time and this led to a boost in the sales of the club’s official women’s merchandise. The two of them have also collaborated to run a fashion line called ‘Reunite the World.’ They have also shot a lot of pictures together for the brand. This led to the fans believing that they were a pair.

However, neither Tobin nor Christen have publicly talked about their relationship. Nevertheless, things keep progressing in their relationship as they post more and more pictures together. Fans even spotted them wearing an engagement ring and this led to the fans believing that they tied their knots secretly. Sadly, since they have not yet let out any confirmation, it still exists only as a rumor. This leaves the fans more curious than ever about what is going on between the two of them.