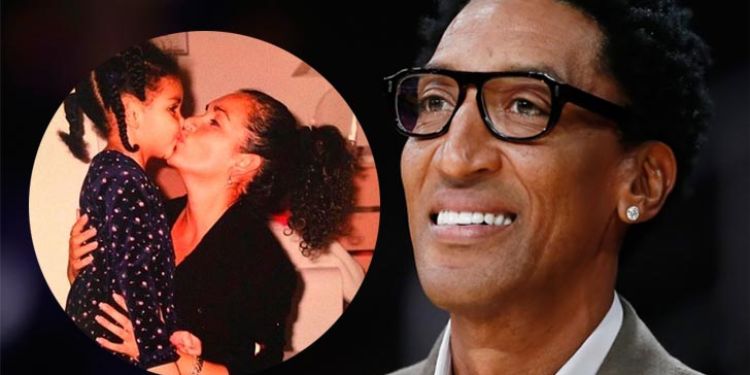 Scottie Pippen’s full name is Scotty Maurice Pippen Senior. He is a former American professional basketball player. He played for a total of 17 seasons in the National Basketball Association (NBA) as a small forward. He wore jersey number 33 and played for numerous teams like Houston Rockets and Chicago Bulls. He played alongside the basketball legend Michael Jordan with the Bulls. They both played a very crucial part in the development of a team to a championship level.

Scottie Pippen gave his professional debut back in the year 1987 and retired in the year 2008. He has won several awards in the NBA and he also has a very impressive career record. He has a total of 18,940 points with 16.1 points per game. Moreover, he has 7,494 rebounds with 6.4 rebounds per game and 6,135 assists with 5.2 assists per game. He has also made two appearances in the Olympics and managed to grab the gold medal twice.

Scottie has married twice in his career. His first wife was Karen McCollum and his second wife’s name is Larsa Younan. But despite his marriages, he drew a lot of attention when he dated his girlfriend and her name is Yvette DeLeon. She was his fiancée but things did not work out between the two of them. Please stick with us to know more about their relationship and what happened between them.

You might want to check out the Details about Michael Jordan’s Kids.

Scottie met Yvette DeLeone sometime during the year 1992. While they have not talked much about the initial days of their relationship, many online sources claim that they immediately began dating each other. They hit it off and the fans also loved seeing them together. The two of them also welcomed a daughter together and her name is Sierra Pippen.

An unfortunate event took place with their daughter in the year 2015 when the cops arrested her. Under a drunken state of mind, the cops took her in when they found her urinating in the lobby of Sheraton Inn, Iowa. She was a university student at that time and was completely drunk. The police arrested her and charged her for public intoxication and public urination.

Why Did They Break Up?

While Scottie and Yvette’s relationship garnered a lot of attention, their breakup did the same. Things began going south for the couple three months after their daughter was born. Yvette filed a case of domestic battery against Scottie and the cops arrested him. According to her, he grabbed her by the arms and pushed her, and physically harmed her. However, Scottie avoided jail time by paying a $1,000 bond. It was soon after this incident that the couple parted ways.