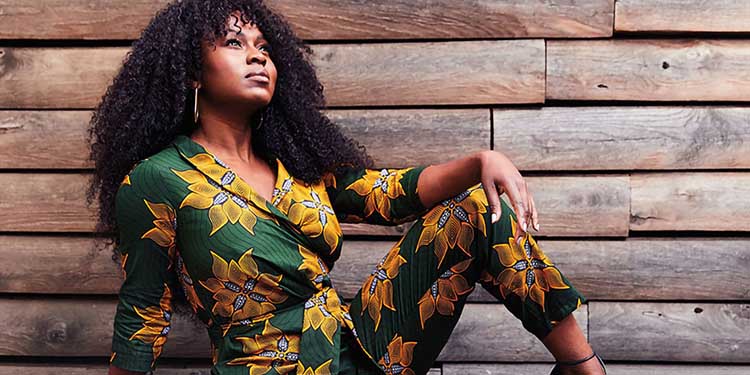 Yetide Badaki is an amazing American actress. She is very well-known for her incredible performance in American Gods (2017-present) as Bilquis. She has also acted in many movies as well as television shows.

Yetide is Nigerian but she also holds American citizenship. Her ethnicity is African-American.

She has a slim build body of height 5 feet 8 inches or 1.73 m and weighs 77 kg or 169.7 lbs. She has not revealed her body measurements. Yetide has black hair and the color of her eyes is black as well.

She hasn’t given up information as to where she studied her high school. However, we know that she attended the McGill University. She graduated from her university with a Bachelor’s degree in English Literature and a minor in Environmental Science.

After the completion of her Bachelor’s education, she went on to study at the Illinois State University. There, she graduated with a Master’s degree in Fine Arts in Theatre.

She first appeared on television in Lost in 2008 where she appeared as Narjiss. She also appeared in Criminal Minds as Maya Carcani in 2013. Similarly, she was cast as Nurse Williams in Masters of Sex in the year 2014.

In 2016, she portrayed the character of Penelope in K.C. Undercover. She has a main role in American Gods where she played the role of Bilquis from 2017 to date. Her latest TV show was ‘The Magicians’ as Zoe Marcus in the year 2020.

In this American fantasy drama TV series, she has excellently portrayed the character of Bilquis. The show is based on American Gods by Neil Gaiman and starred Ricky Whittle, Emily Browning, Crispin Glover, Bruce Langley, Pablo Schreiber, Ian McShane, Orlando Jones, Mousa Kraish, Omid Abtahi, Demore Barnes, and Ashley Reyes. It has 3 seasons and a total of 25 episodes.

Yetide Badaki has kept information about her dating life private. She hasn’t disclosed details about whom she has dated so far or who she is dating right now. It might also be possible that she is not in any relationship right now and is focusing more on her career.

What is Yetide Badaki’s Net worth?

The 39 years old actress has been working in the movies and television industry since 2003 and she is still actively working in the entertainment industry. She has earned a lot of money solely from her movies and TV shows. Yetide is estimated to have a net worth of $0.5 Million.