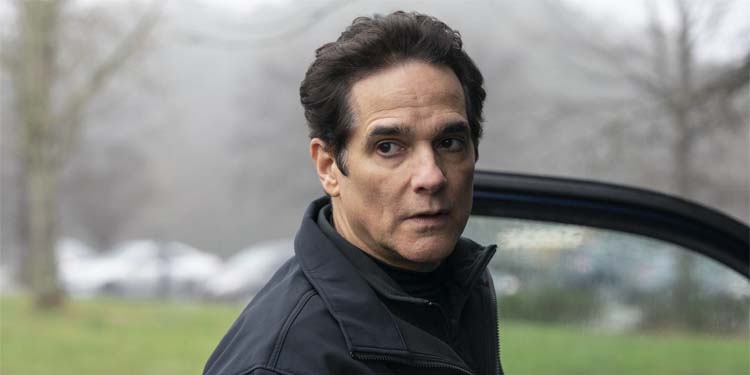 Yul Vazquez is a Cuban American actor and a musician who is well-known for the portrayal of the role of Padre Hidalgo in the 2010 American Filipino drama movie, ‘Amigo’. Another one of his most notable roles came in the year 2007 when he portrayed the role of Detective Alfonso Abruzzo in the American biographical crime movie, ‘American Gangster.

He was nominated alongside the cast members of the show by the Screen Actors Guild Award for the Best Ensemble Cast in a Motion Picture. In addition to this, he has also voiced the role of Armando Mendez in the 2006 adventure action video game, ‘Grand Theft Auto: Vice City Stories and the role of The People of Liberty City in the 2009 video game, ‘Grand Theft Auto: The Ballad of Gay Tony’. Besides his acting career, he is also a former lead guitarist of the short-lived American melodic rock band, ‘Urgent’ and the American melodic rock band, ‘Diving for Pearls’.

Yul Vazquez was born on 18 March 1965 in Cuba to parents whose name has not yet been disclosed by the professional actor. Likewise, there is no information available regarding his family background and sibling details. However, it is known that he was named after the popular Russian American actor, singer, and director, Yuliy Borisovich Briner by his parents. Besides this, he is currently 56 years old with the zodiac sign of Pisces.

Yul Vazquez holds an American nationality and belongs to the Hispanic ethnicity. Unfortunately, there is no information available regarding his religious background and religious views at the moment. Besides this, he stands at a height of 5 feet and 11 inches (1.80m/180cms) tall and weighs around 78kgs (171lbs). In addition to this, he has a slim body physique with a pair of brown-colored eyes and black-colored hair.

Yul Vazquez gave his debut performance in the entertainment industry in the year 1992 when he played the role of Flaco in the French American musical drama movie, ‘The Mambo Kings’.

Yul Vazquez is currently married to his wife whose name is Linda Larkin. She is an actor by profession and is popular for voicing the character of Princess Jasmine in ‘Aladdin’. The couple tied knots on 18 May 2002 but they have not been blessed with any children to date.

What is Yul Vazquez’s Net Worth?

Yul Vazquez earns mostly from his professional acting career and as of the year 2021, he has an estimated net worth from anywhere around $600,000 to $2 million.

Yul Vazquez is active on social media platforms. His official Instagram account (@yuluminati) has over 7.8 thousand followers and his official Twitter account (@YulVazquez) has over 6.3 thousand followers. In addition to this, he also owns his own website (www.yulvazquez.com) where fans can visit and view his creative work on the official site maintained by the actor.