Zazie Beetz is a German-American actress. She is best known for her role as Vanessa Keefer in the FX comedy-drama series Atlanta.

Zazie Beetz is a young and talented actress popularly known for her starring role in the TV series Atlanta and superhero film Deadpool 2, as Domino.

Beetz was born on 25th May of 1991 in the city called Berlin of Germany. She holds the citizenship of both Germany and the U.S thus;, she belongs to German and American nationality. Her full name Zazie Olivia Beetz and she was born to a German father and an Afro-American mother. Her parent’s name is yet to be revealed, but one thing we know is that her mother is a social worker white her father used to work as a cabinet maker.

Her parents got divorced when Beetz was very young, and her name is inspired by the novel Zazie in the Metro. She also expected to have brothers and sisters, but any information regarding her family names are secret.

As for her schooling, Zazie Beetz studied at Fiorello H. LaGuardia High School, then she joined Skidmore College and graduated with a degree in Arts and French in 2013. She grew up in New York City in the neighborhood of Washington heights.

Beetz started having interests in the films during her high school time, so she started involving various theatres and performances. 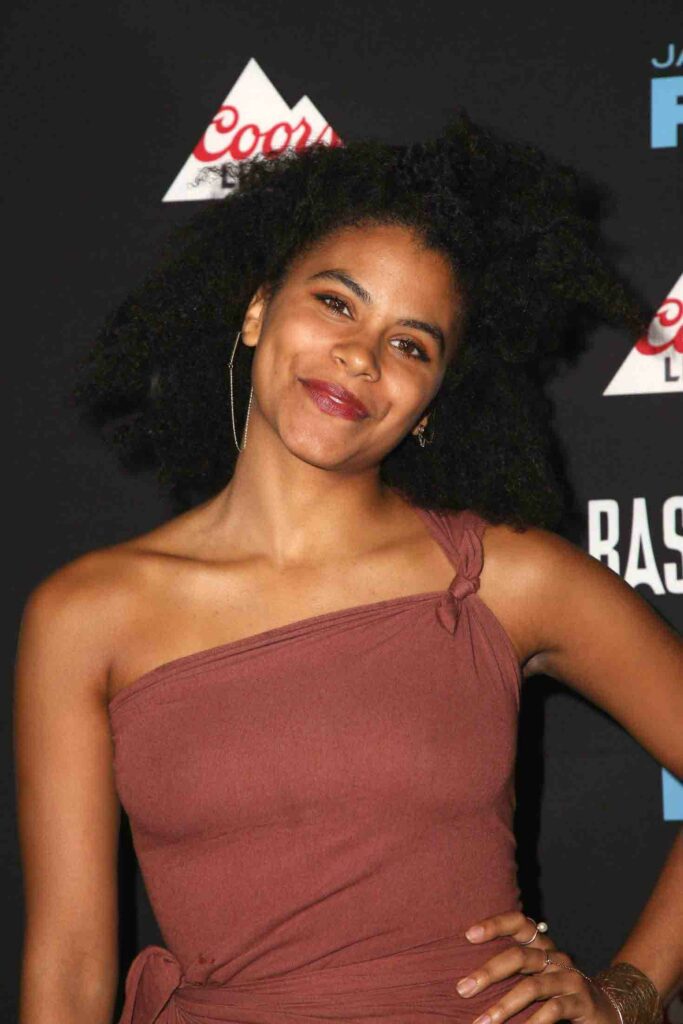 Zazie Beetz made her film debut in 2013, appearing in Eric Stumpf’s short film, The Crocotta portraying Crocotta’s main character. In 2014, she appeared in another short film named Beasts as Ally, directed by Axel Ohman.

In 2015, she achieved several roles. She appeared in 2 short films, namely, Double Bind directed by Ted Day as Bally and Chad Scarborough’s 5th & Palisade portraying the character of Detective McBride. She made small appearances in Josh Mond’s film James White and another comedy film, Applesauce as Rain.

In 2016, she appeared in Bart Freundlich’s film Wolves, portraying the character of Victoria. She also made another appearance in the short film MBFF: Man’s Best Friend Forever as Ivana.

In 2017, she appeared in the French drama film Sollers Point, directed by Matthew Porterfield, where she portrayed Courtney’s character. She also appeared in the science fiction film named Geostrom, starring Gerard Butler. s Beetz played the character of Dana.

In 2018, Zazie Beetz played the central role in the action, thriller, and superhero film Deadpool 2 alongside star Ryan Reynolds portraying the character of Domino. The movie was directed by David Leitch and received high ratings. The same year, she also appeared in the Cathy Yan’s comedy-drama film DeadPigs as Angie and the horror-comedy film Slice as the character Astrid.

In 2020, Beetz starred in the science fiction film, Nine Days as Emma and an American drama film written by Vlad Feier, Still Here as Keysha alongside Johnny Whitworth, Larry Pine, and others.

Her upcoming films are Jeymes Samuel’s western film, The Harder They Fail, and she will be voicing for the character named Dottie in David Silverman’s animated comedy film called Extinct. 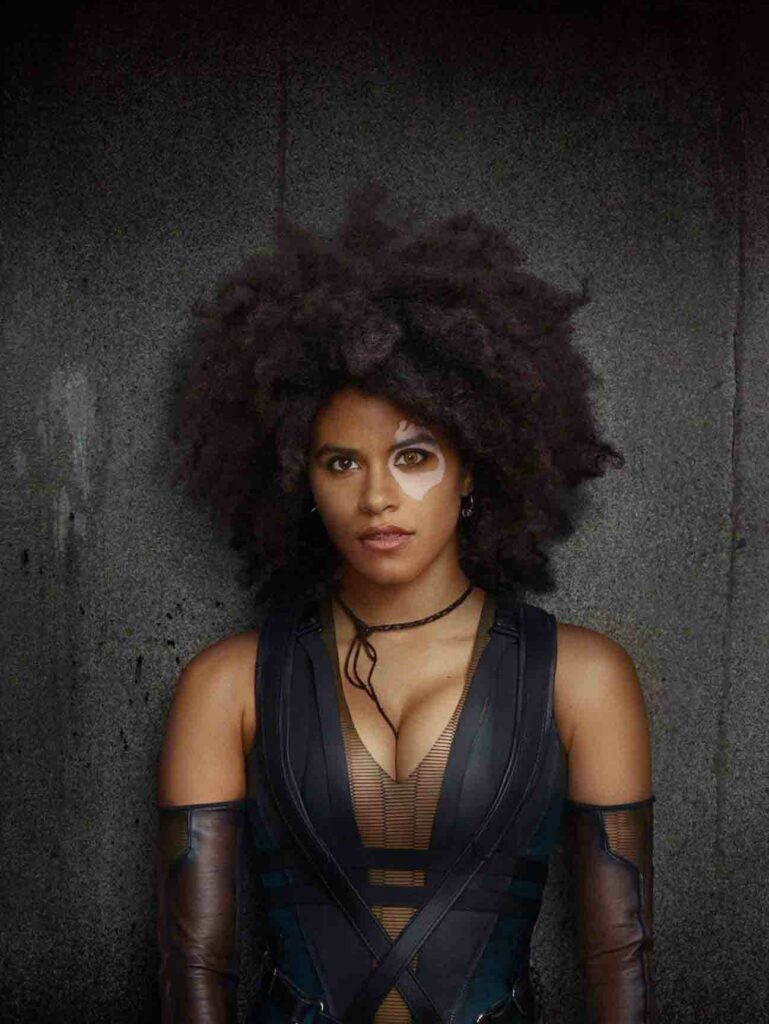 Zazie Beetz started appearing in TV series in 2016. She appeared in the TV miniseries called Margot vs. Lily portraying the character of Allie made a total appearance in 4 episodes. The same year, she played a significant role in the American comedy-drama series called Atlanta as Vanessa Keefer. The audience positively loved Beetz’s performance, and she appeared in a total of 10 episodes. She also appeared in another comedy-drama called Easy as Noelle in 4 episodes. The series was premiered in 2016 and ended in 2019. In 2019, she made small appearances in an episode called “Blurryman” of an American anthology TV series called The Twilight Zone.

In 2020, Zazie Beetz voiced in the animated series Robot Chicken for the episode “Callie Greenhouse in Fun. Sad. Epic. Tragic”. She next appeared in the miniseries Home Movie: The Princess Bride as Princess Buttercup.

Her upcoming Tv series is American adult animated series called Invincible, where she will be voicing for the character Amber Bennett.

Zazie Beetz is currently in a relationship with actor David Rysdahl, and they together appeared in the 92nd Annual Academy Awards as a couple. Other than him, she has no different dating history. She is neither married nor has any children till now.

Beetz is active on Instagram and has over 718 thousand followers on Instagram. She can be connected through @zaziebeetz on Instagram. Beetz is fluent in bother German and American language. 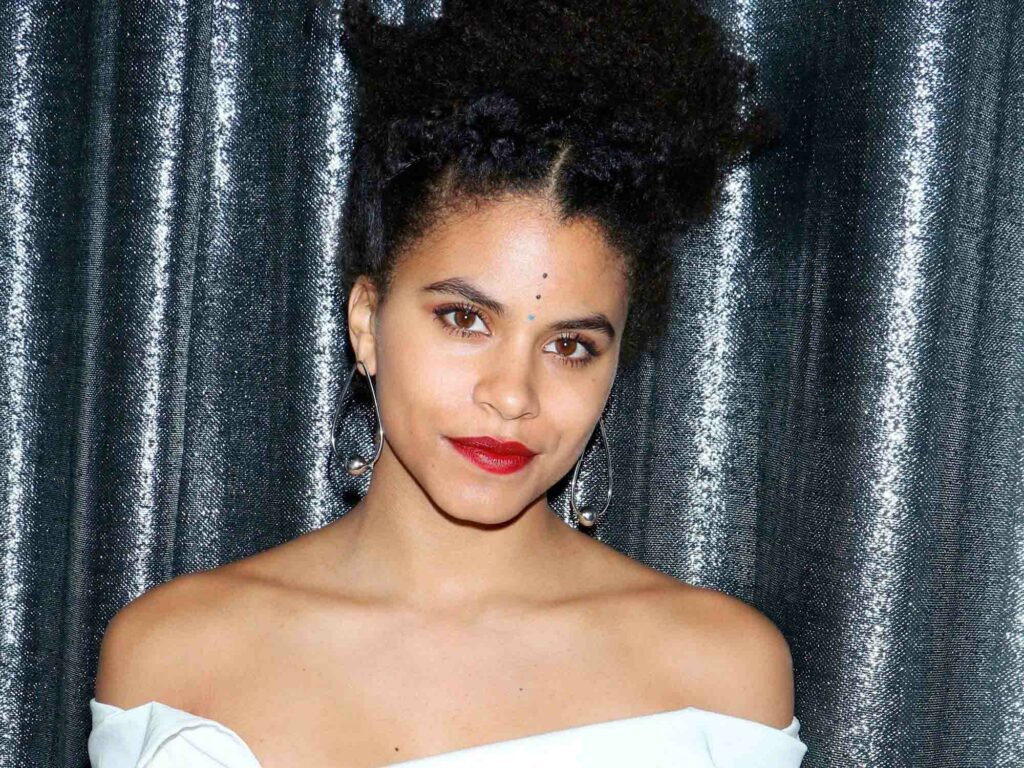 Beetz possesses fantastic black Afro hair, which is also one of her distinctive features. She has a light brown eye and dark skin. Her broad and comprehensive smile is enough to make any man fall for her. She came from Afro American ancestry and belonged to black ethnicity. Her zodiac sign is Gemini.