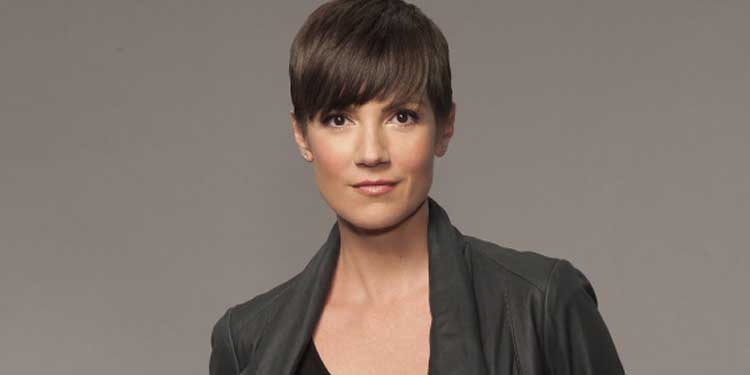 Zoe McLellan is an American television actress who is well-known for the portrayal of the role of Lisa George for 23 episodes of the 2007 American prime time drama series, ‘Dirty Sexy Money.’ Another one of her most notable roles came in the year 2014 when she appeared with the main role of Agent Meredith Brody in the American crime drama and police procedural action television series, ‘NCIS’ and ‘NCIS: New Orleans’. Moreover, she is also popular for appearing with the main role of Kendra Daynes in the second season of the 2017 American political thriller drama television series, ‘Designated Survivor’.

Zoe McLellan was born on 6 November 1974 in La Jolla, California, the United States to a mother whose name has not yet been disclosed by the actress and to a father whose name is Zachary Vincent McLellan. She was born and raised alongside her siblings whose names are Cassie McLellan, Jeremy McLellan, and Nathan McLellan by her parents. Besides this, she is currently 46 years old with the zodiac sign of Scorpio.

Zoe McLellan holds an American nationality and descends from Irish American and Caucasian ancestry. She is a Christian and she practices Christianity as her religion. Besides this, she stands at a height of 5 feet and 7 inches (1.70m/170cms) tall and weighs around 57kgs (125lbs). Besides this, she has a slim body figure with a body measurement of 36-25-35 inches respectively. In addition to this, she has a pair of beautiful blue colored eyes and dark brown colored hair.

Zoe McLellan studied and completed her schooling at the South Kitsap High School, a public high school located in Washington where she was a homecoming queen of the year 1992.

Zoe McLellan gave her debut performance in the year 1994 when she appeared as an Edgemont girl in the drama movie, ‘Imaginary Crimes’. Following this role, she went on play a small role of a girl in the American drama movie, ‘Mr. Holland’s Opus’, the role of Sandy in the 1997 American coming of age movie, ‘Inventing the Abbotts’ and the role of Londyn in the 1999 movie, ‘Stonebrook’. In the year 2000, she played the role of Marina Pretensa in the British American adventure fantasy action movie, ‘Dungeons and Dragons,’ and in the year 2006, she played the role of Zoe a waitress in the movie, ‘Conversation with God (CwG)’.

Moreover, she can also be seen playing the role of Alexis and Katherine Taylor in short movies like the 2008 short movie, ‘Person, Place or Thing’ and the 2010 short movie, ‘Inside Out’. In between these years, she also appeared as Averil in the 2009 movie, ‘Reunion’. Furthermore, she also portrayed the role of Julie Gardner in the 2011 American fantasy drama movie, ‘One Fall’ and her most recent work came in the year 2014 when she lent her voice for the voice role of Alice in the movie, ‘Back to L.A.’.

Moreover, she has also appeared in numerous television movies like the 1997 movie – ‘Home Invasion’, the 1999 movies – ‘The Wrong Girl and ‘Stranger in My House’, the 2005 movie – ‘Bitter Sweet’, the 2009 movie – ‘House Rules’ and the 2010 movie – ‘Deadly Honeymoon’. Moreover, she has also had recurring and main roles in series like the 2001 American legal drama television series, ‘JAG’, the 2007 American prime time drama series, ‘Dirty Sexy Money.’ The show was directed by Michael Grossman, Robert Berlinger and starred Bella Thorne, Lucy Liu, Blair Underwood, Chloë Grace Moretz, and many more. The American crime drama and police procedural action television series, ‘NCIS’ and ‘NCIS: New Orleans’.

Zoe McLellan’s most recent work came in the year 2018 when she played the main role of Kendra Daynes in the second season of the American political thriller drama television series, ‘Designated Survivor’. The show was directed by Payman Benz and starred Will Forte, Kristen Schaal, Mary Steenburgen, and many more. She also played the role of Julie Taylor in the 2018 television movie, ‘Mean Queen’.

Zoe McLellan has not yet won any major awards and accolades. However, we hope to see her win a lot of awards and honors in the upcoming years of her career.

Zoe McLellan was married to her ex-husband whose name is J. P. Gillain. He is an actor by profession and the couple tied knots in the year 2012. They were blessed with a son whose name is Sebastian Gillain. Unfortunately, things took an unexpected turn when Gillain was accused of first-degree rape and aggravated crime against their son who was three years old back then. Zoe McLellan filed for the custody of the child and their divorce was finalized in the year 2016. She has since been living a single life with her son.

What is Zoe McLellan’s Net Worth?

Zoe McLellan earns primarily from her acting career and as of the year 2020, she has an approximate net worth of $5 million.