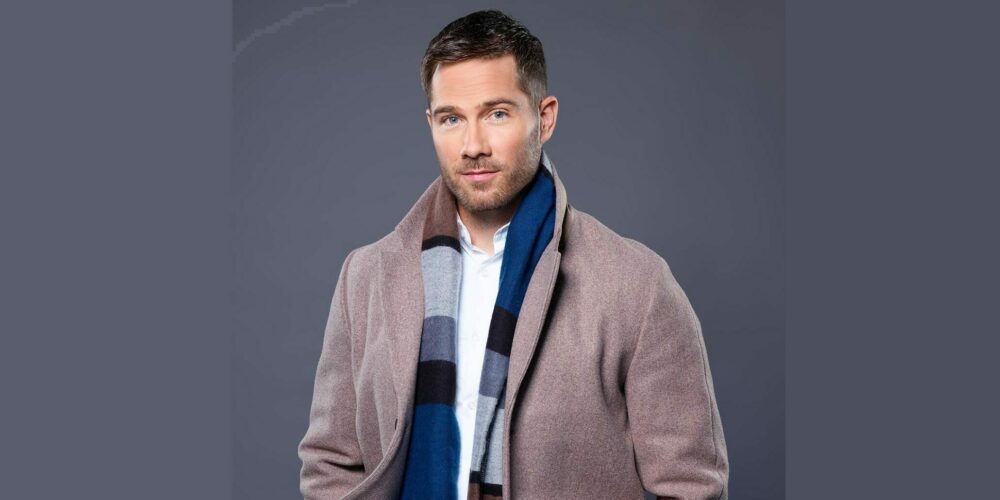 Luke Macfarlane is a well-recognized and talented musician turned actor from Canada. He got the spotlight because of his portrayals in series like Brothers & Sisters and Killjoys, amongst many others.

Where is Luke Macfarlane from?

On January 19, 1980, Luke Macfarlane got born in London, Ontario, Canada. His dad, Thomas Macfarlane, and mom, Penny Macfarlane, welcomed him into the world. This intelligent and bright individual has got to the age of 41 years in 2022. Macfarlane is a Canadian citizen with faith in Christianity who was born under the sign of Aquarius.

Looking into his educational background, Luke Macfarlane attended the Lester B. Pearson School of the Arts in New York City before enrolling in the Juilliard School. Aside from that, he and his twin sister attended London Central Secondary School.

You might also want to check out Dustin Milligan

How tall is Luke Macfarlane?

Macfarlane is a tall man, standing at 6 feet 2 inches (1.87 meters) and weighing roughly 77 kg (170 lbs). Likewise, he has kept his physical stats to 42-32 inches, including his chest size of 42 inches and his waist size of 32 inches. He also has a muscular physique with 15-inch biceps. Aside from that, it can be seen from his pictures that he has lovely brown hair and blue eyes.

Luke is a singer and musician who has been in numerous bands throughout his lifetime.

Fellow Nameless was Luke Macfarlane’s eighth-grade band, and he was the main vocalist and lyricist. The band was previously known as Slipnaught, a name they plucked at random from a dictionary since they couldn’t think of anything else to call themselves on stage. Fellow Namameless released one underground album, a half-studio, half-live CD album, and they composed ten more songs that were never released.

What has Luke Macfarlane been in?

Luke Macfarlane is also an actor who has been in Broadway productions such as Juvenilia and Where Do We Live, and the Los Angeles debuts of Dreamstuff and The Busy World Is Hushed. In 2015, he appeared in the world premiere of Reverberation, a stage drama at Hartford Stage in Connecticut. Dreamstuff was a one-night celebrity performance of Howard Ashman’s unproduced musical Dreamstuff.
In the Canadian comedy Satisfaction, Seth Macfarlane portrayed Jason Howell, and on NBC’s The Night Shift, he played Rick Lincoln. On ABC’s Brothers & Sisters, he played Scotty Wandell, the spouse of Kevin Walker’s Matthew Rhys. He’s also been in TV movies, including The Memory Book, The Birthday Wish, and The Mistletoe Promise, which aired on Hallmark Channel in 2016.
In the 2005 FX series Over There, Macfarlane portrayed PV2 Frank “Dim” Dumphy, and in the 2009 Robert Altman miniseries Tanner on Tanner, he appeared alongside Cynthia Nixon.
He recently played in a homosexual movie called “Bros,” which will be released on September 30, 2022. The movie’s cast is filled with multiple actors from the LGBTQ+ community.

Luke Macfarlane makes a good living as an actor and also sings. Some reliable sources have estimated his net worth over $3 million, amassed through numerous initiatives and efforts.

You might also want to check out Burak Deniz

Luke Macfarlane has come out as homosexual and has dated several celebrities, namely Charlie David, Tr Knight, and others. He dated Charlie for a while before moving on to T.R. Knight for a year from 2005 to 2006.
Following that, he started seeing Wentworth Miller, the famed jail escape actor, in the year 2007, but the couple maintained their relationship secret since Wentworth was a reserved guy. They were, nevertheless, seen together on multiple occasions.
Macfarlane has even spoken about his issue of coming out as homosexual and how it affected his work and other aspects of his life.

Luke Macfarlane doesn’t use Twitter. However, he is active on his Instagram page under the name tag @ten_minutes_younger. He also has a Facebook, but it is a personal account. We can see his live everyday life through his Instagram, which has a constant under-the-radar profile away from media.
For more exciting content and updates regarding your favorite celebrities, please stay connected with us at Celebsgraphy.