Who is Ryan Garcia?

Ryan Garcia was born on 8 August 1998 in Victorville, California, the U.S. as a son of his father, Henry Garcia, and his mother, Lisa Garcia. As his father is a trainer and his mother is a Personal Administrative Assistant for commercial projects, they used to actively involve in their son’s amateur career. He has three sisters, Demi, Sasha, and Kayla, and also has one brother whose name is Sean Garcia where he is also a professional boxer. 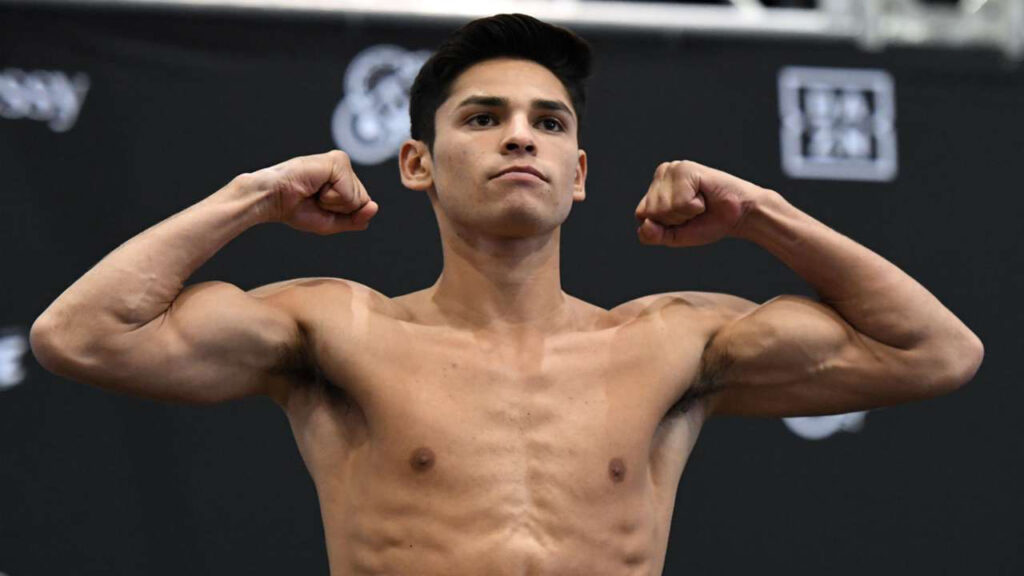 Ryan Garcia holds an American nationality and belongs to white ethnicity. Currently, he is 22 years old with a height of 5 feet 10 inches (178 cm) and a weight of 70 kg. He had got dark brown hair with dark brown eyes. As he was born on 8 August, his zodiac sign is Leo.

Earlier, Ryan Garcia went to attend Adelanto High School but he had left the school to focus on his Amateur boxing career so that, he facilitated homeschooling. 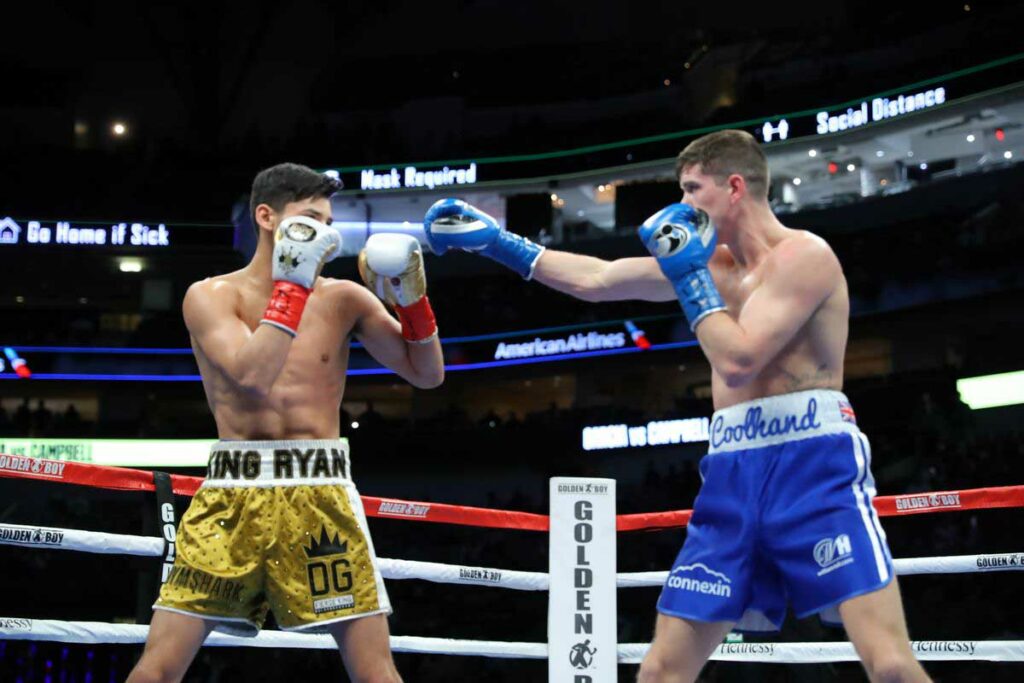 Ryan Garcia became one of the professional boxers on June 9, 2016, and then, after he turned into a professional player, he was seen fighting against Edgar Meza on the same day where he became able to win the match by TKO. After that, he made a contract with Golden Boy Promotions in the year 2016 November and he made his debut on December 17, 2016, where he had also won the match.

Further, Ryan Garcia fought against Hector Garcia on 24 June 2016 and he also won that fight by TKO. After that, on July 7, 2016, he won the fight against Luis Lozano. Likewise, on 17 August 2016, he was seen fighting against Jonathan Cruz where he also became able to win the match. Likewise, his 5th win is against Jonathan Cruz where the match is done by RTD on 14 October 2016 which was held in Los Angeles, California, U.S.

Likewise, his 6th win is against Mario Aguirre which was held by RTD on 14 October 2016. Later, on 17 December 2016, Ryan Garcia was seen playing the match against Jose Antonio Martinez by KO which was known as his 7th win. Further, he was also seen appearing into the match by KO in which he had won the match against Devon Jones and won the 8th match of his career where the match on 3 February 2017. After that, his 9th win had been done on 6 May 2017 which was held by TKO where he was seen fighting against Tyrone Luckey.

On 15 July 2017, Ryan Garcia was seen fighting against Mario Macias by KO on in which he won the match where the match is done in MGM Grand Marquee Ballroom, Paradise, Nevada, U.S. From this match,, he had won the vacant WBC-NABF Junior super featherweight title. On 2 November 2017, he was seen fighting against Cesar Alan Valenzuela where the match was done by TKO in Casino Del Sol Tucson Arizona, the U.S. besides, he made his 13 wins on 16 December 2017, where he was seen playing the match against Noe Martinez Raygoza at Place Bell, Laval, Quebec, Canada.

After that, Ryan Garcia made his 15th win after he had won the match against Jayson Velez on 4 May 2018 which was done by UD for which he had won vacant WBC-NABF, and WBO-NABO Super featherweight titles. Likewise, he made his 16th win after he fought against Carlos Morales on 1 September 2018 which was held in Fantasy Spring Casino, Indio California, the U.S. Further, he was also seen fighting against Braulio Rodriguez on 15 December 2018 in Madison Square Garden, New York City, New York, the U.S. where he made his 17th win.

On 30 March 2019, Ryan Garcia played the match against Braulio Rodriguez where the match is done on Fantasy Springs Resort Casino, Indio, California, the U.S. where he was seen winning the match and made his 18th win on his career. Later, he became able to make his 19th winning, after he fought against Romero Duno on 2 November 2019 and won the match for which he had also won WBO-NABO, and vacant WBC Silver lightweight title. 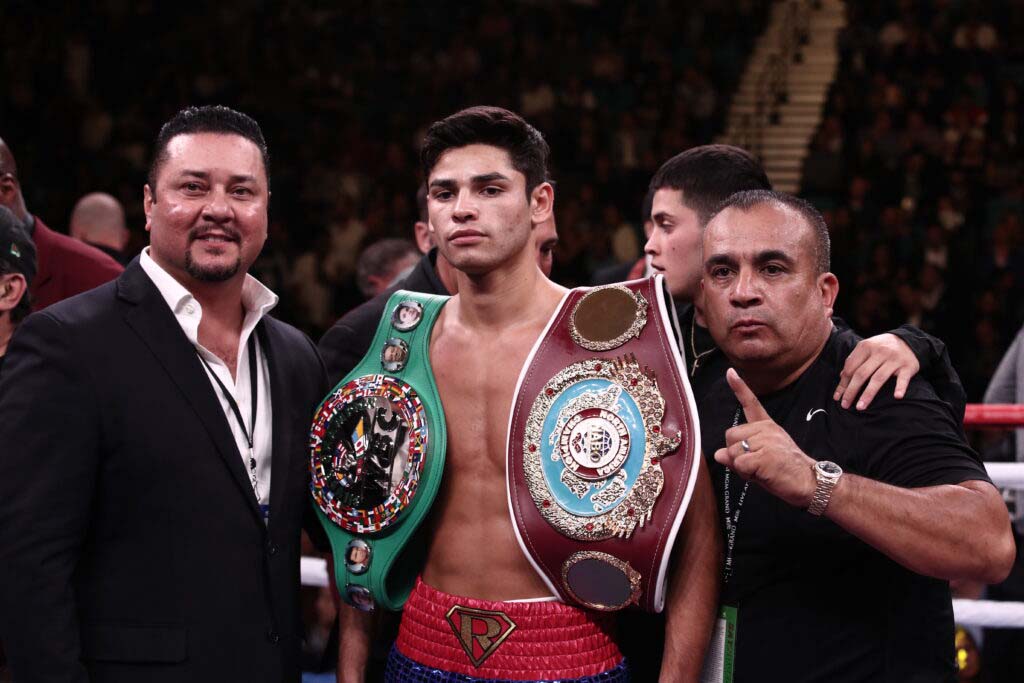 Further, Ryan Garcia had a fight against Francisco Fonseca which was done in Honda Center, Anaheim California, the U.S. on 14 February 2020 for which he has retained WBO-NABO, and vacant WBC Silver Lightweight title. On 2 January 2021, he was seen fighting against Luke Campbell in an American Airlines Center, Dallas, Texas, U.S. where he made his 21st win of his career for which he had won the vacant WBC interim lightweight title.

In his career, his total win is 21 where by knockout 18 wins and by decision 3 wins and he had had not lost any match to till now.

The estimated net worth of Ryan Garcia is $10 million.