Who is Matthew McConaughey?

He has also won various awards for his work.

Matthew was born on the 4th of November, 1969, in Uvalde, Texas to Mary Kathleen McCabe and James Donald ‘Jim’ McConaughey. His father had a business of supply of oil pipe and his mother was a former kindergarten teacher and published author. His father also played football for the Kentucky Wildcats and the Houston Cougars college football teams.

His parents married each other thrice and divorced each other twice. He grew up with two older brothers named Michael and Patrick (who was adopted). Michael is now a self-made millionaire. 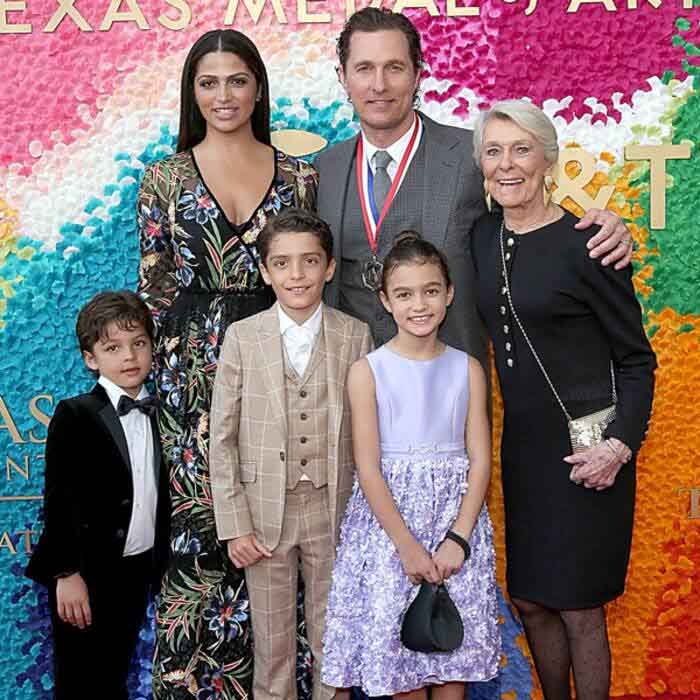 In 1980, Matthew McConaughey relocated to Longview, Texas, and joined Longview High School. He was also a Rotary Youth Exchange student in 1988.

Matthew McConaughey has dated a fair amount of women till now. He was in a relationship with Ashley Judd in 1996 but broke after a few months. Matthew dated Sandra Bullock, a gorgeous actress, for about a year from 1996 to 1997. Unfortunately, this relationship didn’t work either.

There was a rumor in 2001 that Matthew was dating Salli Richardson. Whether they were dating or not has been clarified by neither Matthew nor Salli so far.

Matt was in a relationship with a famous singer Janet Jackson in February 2002. The couple met at the 2002 Grammy Awards. They dated for just a month and parted in March 2002.

He started dating Penelope Cruz in 2005 but broke up in 2006 because they weren’t able to spend quality time together because of their busy schedules. Similarly, he dated Cassandra Hepburn in 2007 but broke up shortly after that. 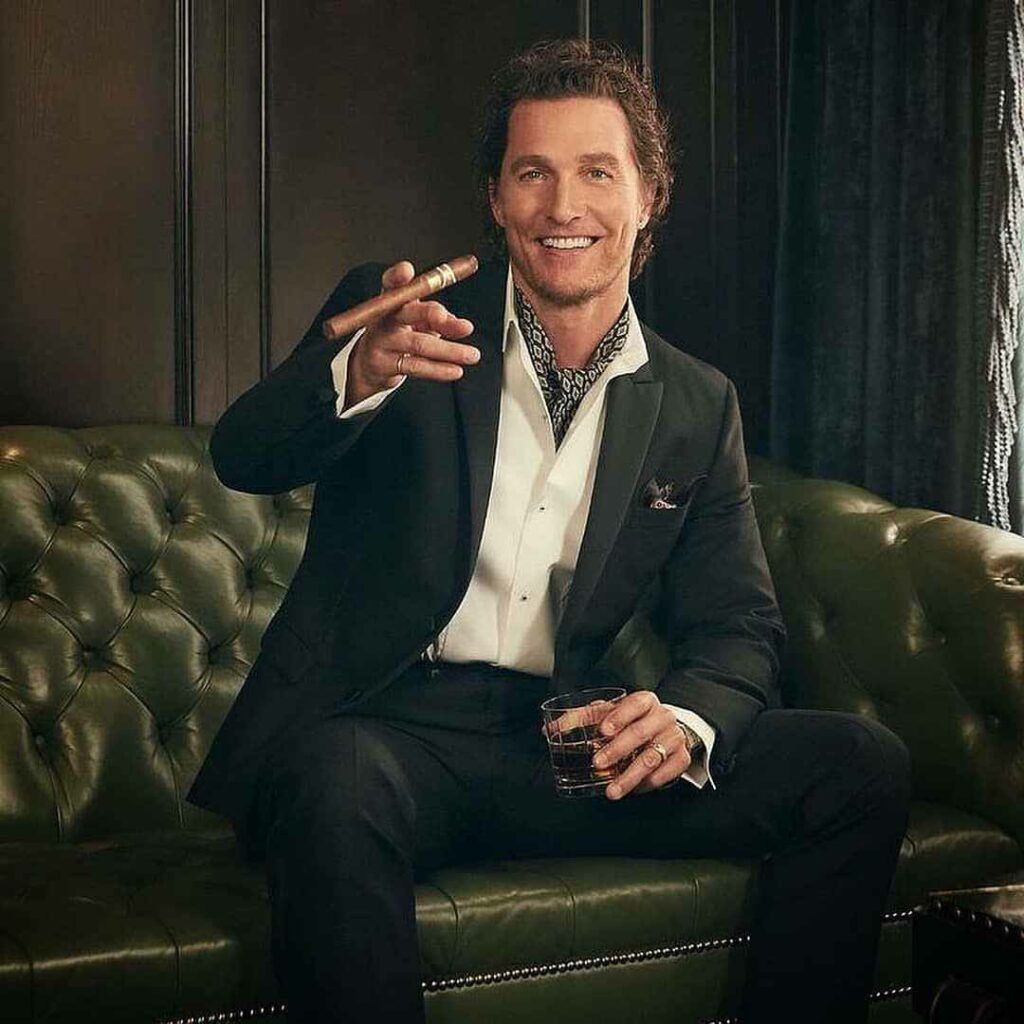 At the beginning of his acting career, after being in just two movies, Matthew McConaughey got good recognition in the film industry from the movie Dazed and Confused (1993). He played the role of David Wooderson fantastically.

He has excellently portrayed the character of Cooper in Interstellar in 2014. Seeing his performance in the movie, he got various awards and praises.

He is currently working in the movie Sing 2 as the voice of Buster Moon which is set to release in 2021.

Similarly, he has also played the role of himself in HBO’s classic Sex and the City in an episode. Likewise, he has also hosted Saturday Night Live in 2003 and 2015.

He is most popular for his incredible performance in 2014’s True Detective as Rustin “Rust” Cohle. He was also the executive producer of the show.

His other TV shows are King of the Hill (1999) as Rad Thibodeaux, The Lost Dinosaurs of Egypt as the narrator, Freedom: A History of US (2003) as various characters, and Eastbound & True Detective (2010-2012) as Roy McDaniel.

It is of no surprise that such a great actor has been nominated for awards 86 times and has won 37 of those awards. That is such a phenomenal feat. He has received awards like Academy Awards, Critics’ Choice Television Awards, MTV Movie Awards, People’s Choice Awards, Golden Globe Awards, and many many more.

He was also listed in the Texas Film Hall of Fame in 2006. 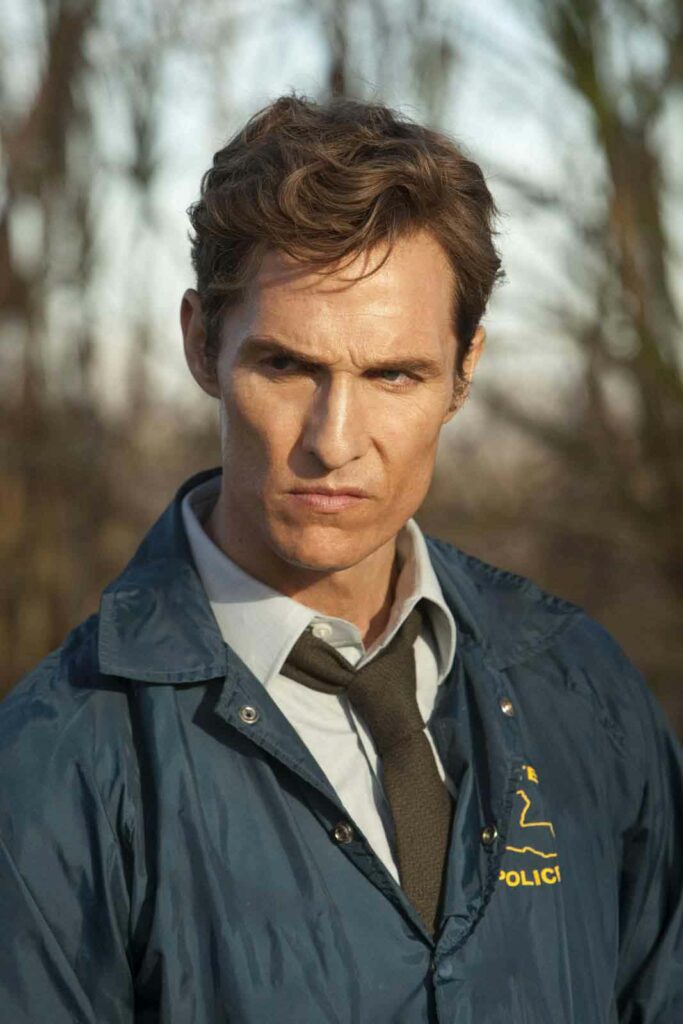 Matthew McConaughey’s nationality is American while his ethnicity is mixed consisting of German, Scottish, Swedish, Irish, Welsh, and English ancestry. He follows Christianity.

Similarly, he has curly brown hair, a Texas drawl, a charming and smooth voice, and funnily, the habit of taking off his shirt.

Matthew McConaughey might just be the very epitome of success. This 51-year-old, through his hard work, talent, and determination, is a self-made millionaire. He currently has a net worth of $140 million. The talent this man has is immaculate.